Besides the magic and music that Disney Studios has created, one of the best things that has made Disney movies great is the multitude of fantastic villains the studio has crafted over the years.

One thing that comes from having an exceptional villain is the relief moviegoers feel when that foe is defeated.

READ NEXT: Can you choose the most depressing Disney movie scene? | POLL: What song from ‘Frozen 2’ is stuck in your head?

Well, Disney has a plethora of ways to rid the characters of their evildoers -- some more gruesome than others.

While the character’s death is very rarely shown, we let our imaginations run wild with what might have happened.

We’re going over seven Disney villain deaths that we think are the worst, and we want you to choose which one you think tops them all. 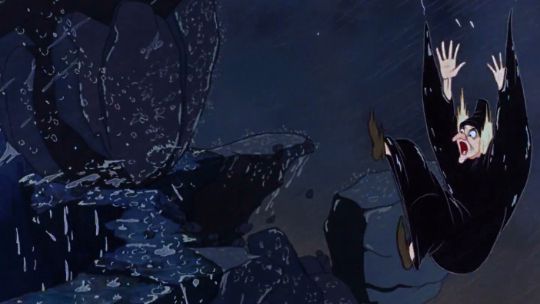 Before we get into her death, we should first say thank you to the Evil Queen. She became the prototype for Disney villains -- and started the trend of getting rid of villains by having them fall from great distances to meet their demise.

You’ll soon notice that this is a popular way out. The Queen gets a quick karma check before her death because the same boulder she attempts to dislodge in order to smash the Seven Dwarfs follows her off the mountainside. We can assume the two met each other at the bottom of the cliff. Even if she were able to survive the fall, surely the boulder finished the job. When Disney gave us “The Little Mermaid," we were introduced to a villain that is not only deliciously evil, but also likes to have a little fun. After she takes King Triton’s power and becomes ruler of the sea, Ursula transforms herself into a massive creature, towering over ships that are rocking in the waves. Unfortunately, this just makes her a bigger target for Prince Eric, who is at the ship’s helm as it barrels toward her. The ship’s bow pierces through the sea witch and Ursula goes down with the ship. Sadly, her run at being ruler cost her much more than her voice. 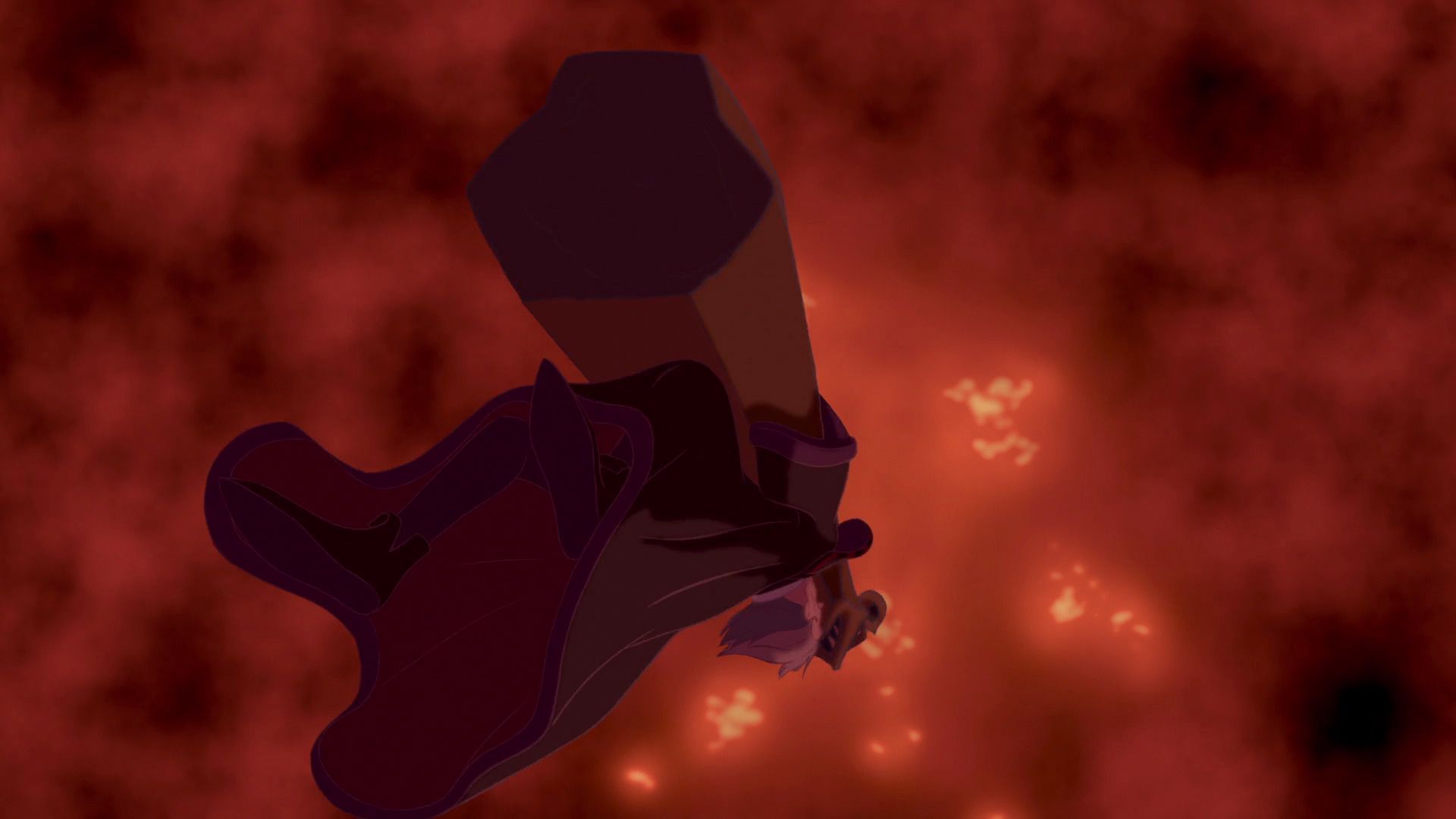 “The Hunchback of Notre Dame” has gone down in the books as Disney’s darkest film, and rightfully so.

Well, it’s safe to say Frollo received his just deserts after he chased Quasimodo and Esmerelda along the top of the burning cathedral. As Frollo stands atop of a statue on the cathedral, the fixture begins to crumble under his weight. As the statue breaks, he falls headfirst from the cathedral towers into a pool of molten lead. Talk about a brutal death. 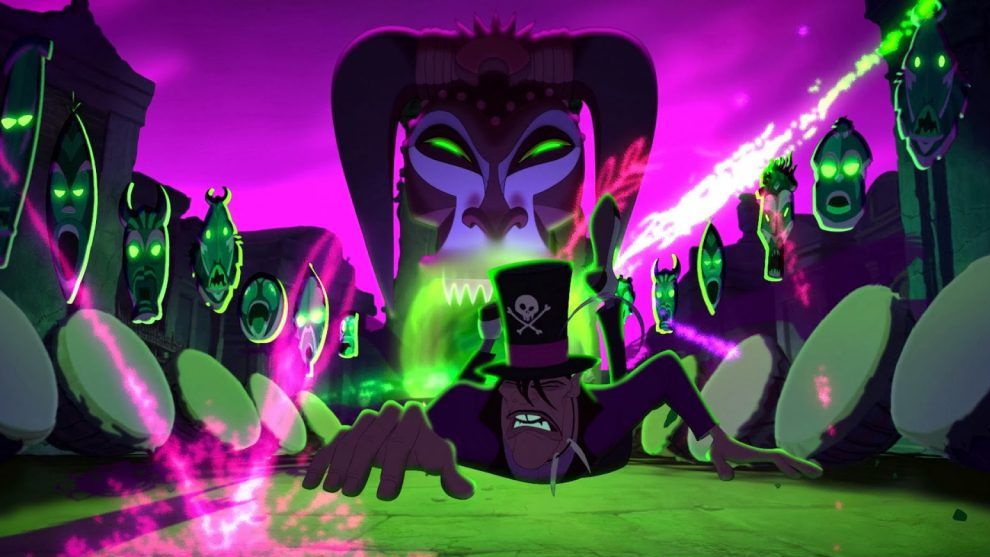 If we learned anything from “The Princess and the Frog,” it’s that sometimes, it isn’t a great idea to have friends on the other side. Especially when you make them angry. After he loses control of the magic that supplied him with all his voodoo power, he falls victim -- the magical creatures take hold of him and drag him into their world, literally kicking and screaming. You’re in their world now, and one can only assume things down there aren’t so pleasant. 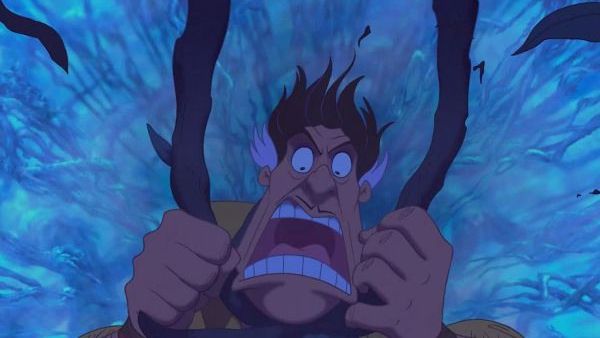 Every character from “Tarzan” will be in our heart -- that is, except Clayton. Nothing makes the gun-toting fiend so evil, except for his urge to hunt and kill animals for no reason but his own enjoyment. As with the trend, Clayton appears to meet his end by falling from a great height while he and Tarzan are up against each other. One should know never to follow an ape-man into a tree.

As Clayton finds himself hanging in a bunch of vines, he whips out his knife and begins chopping away at the foliage. As he hacks away at the vines, some get tangled around his neck, resulting in a makeshift noose. Tarzan yells for him to stop -- but it’s too late. He would have kept falling if the vines hadn’t stopped him short of the ground. The most sinister part of this death? You can see his shadow hanging in the background. It’s safe to say that Scar is the worst villain we have seen in a Disney animated flick. First, he kills his brother by throwing him into a stampede of wildebeests. Then, he convinces his nephew he is responsible for his father’s death. Lastly, he causes the downfall of Pride Rock, leaving the animals to perish. We think everyone would agree that his death was much appreciated.

During a fierce battle between uncle and nephew, Simba throws Scar off Pride Rock, and while usually, this would be enough to end any Disney villain, Scar gets up, but is quickly greeted by a group of hyenas. At first, he thinks they are his friends, but soon learns they are his enemies. More hyenas begin to enter through the flames as Scar is backed into a corner. As the hyenas close in, we see the terror in his eyes as he realizes what’s about to happen. But what do you expect? It’s the circle of life. 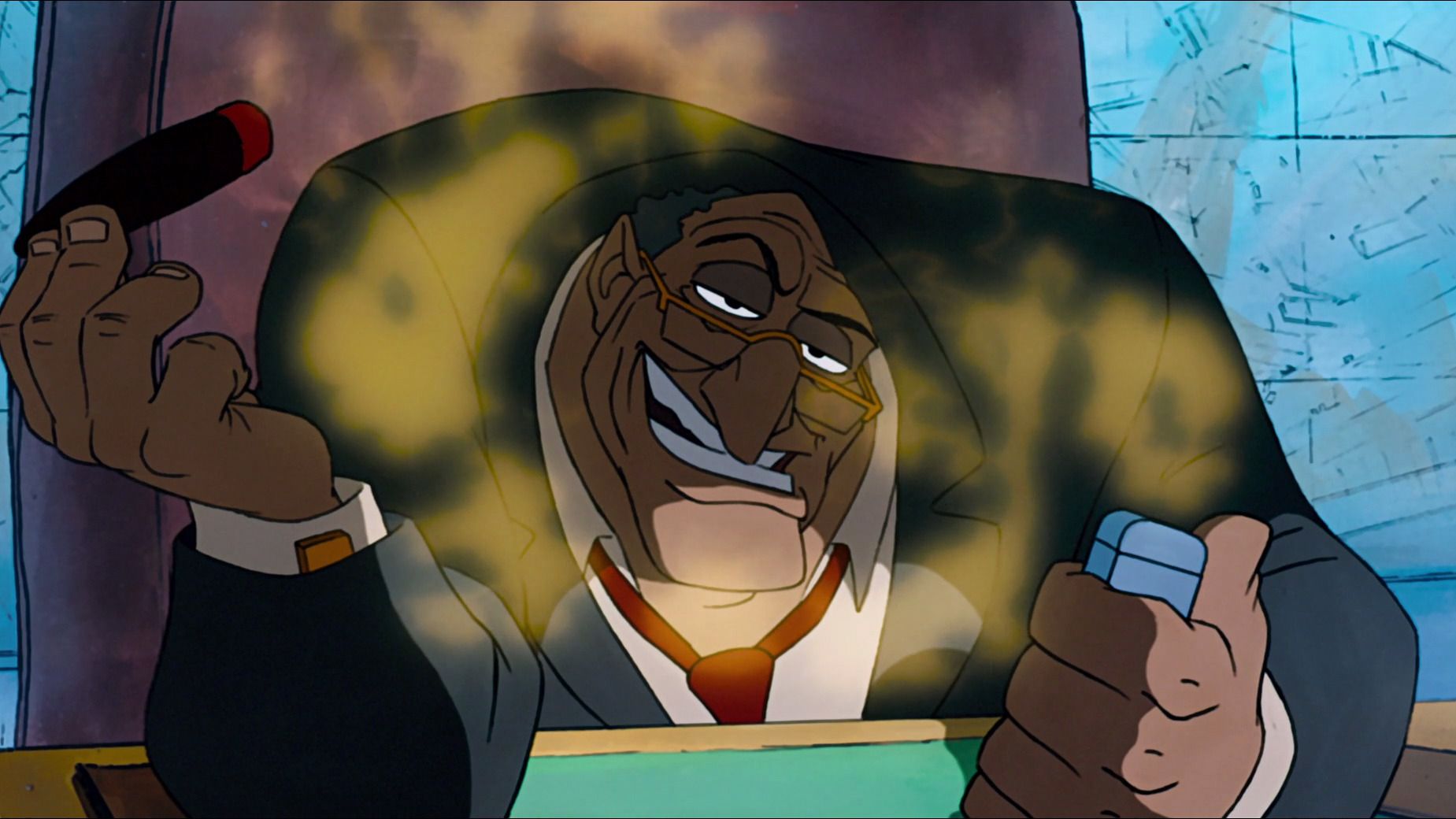 Some may not know a whole lot about “Oliver and Company,” but let us spoil the ending for you.

Sykes is a man who resorts to kidnapping small children and asking for ransom as a way to make money. During a car chase, Sykes finds himself driving straight toward a train. The train slams into Sykes, creating a quick ball of flames and smoke. While most Disney villains would still have enough of their body left over to give them a proper funeral, Sykes was most likely obliterated. Talk about a guy who gets what he deserves, but why should we worry?

Here are some of our other favorites that didn’t make it into the story.

RELATED: Take your love for Disney villains on the go

We took care of the hard part. Now we want to hear from you. Vote with your answer below: